A happy Wednesday to you, readers!

Ok, enough of that. I tried. 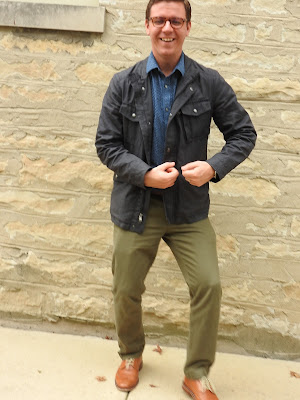 (Mary just now: "You don't have to write like that if you don't want to." Loud and clear, babe.)

For real though, I'm so happy to be guest blogging for my lovely and trendy wife! It's been awhile. Fall is here again, and you know that means: I'm back in my standard wardrobe for the season. But this year, I've traded my navy cardigan for a navy jacket, and my tan desert boots for tan wing tips. Am I original or what? 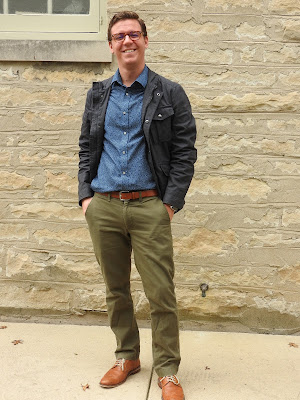 I got this jacket at the end of last fall, on a deep discount at Banana Republic. It's lightweight and super comfortable, and I've found that the numerous pockets are great for holding extra keys, iPhones, or whatever else Mary needs me to hang onto when we're out doing a photo shoot. I had no idea it would be so practical. 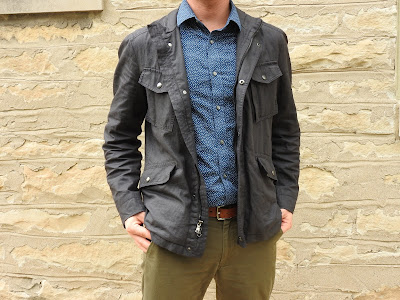 Banana has been out of this particular jacket for a while, but similar styles can be found here, here, and here. And of course, my favorite brand Gustin just came out with their own field jacket in 4 colors. 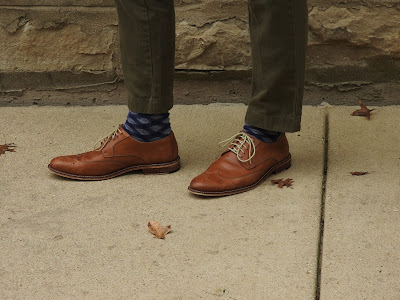 My wingtips are also Banana, also purchased last fall. I think I got these with a massive amount of reward points, so they ended up being something like $10 out of pocket. Not bad! Fancier wingtips are actually on sale right now at Allen Edmonds -- I have a couple pairs of AEs, including the shoes I wore in our wedding, and their reconditioning/resoling service put this pair at a pretty good value! For a suede look, you might also try these Cole Haans and kill the dessert boot and dress shoe birds with one stone. 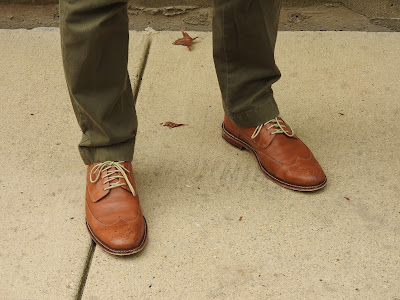 Of course, the real reason Mary wanted me to post today is because she wanted me to show off my new Apple Watch. Yep, after not owning a real watch for basically the first 32 years of my life, I became one of those weirdos that straps a computer to his wrist. Ostensibly, I bought it to write an app for my company's scheduling software, but really I want to pretend I'm Dick Tracy. (Don't tell Mary.) 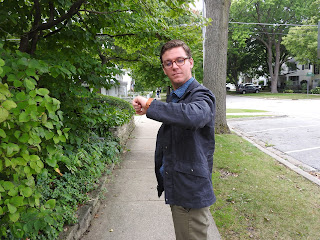 The resemblance is uncanny, I know.

While I can't call the Apple Watch a "must own," it's pretty rad. This version has added GPS and waterproofing to go along with the original model's heart rate monitor, notifications, watch faces, and apps. It may seem silly, but it has become so convenient to get a text from Mary, or an email, or a notification from another app, and know right away from a glance at my wrist whether I need to dig out my phone right now to answer. 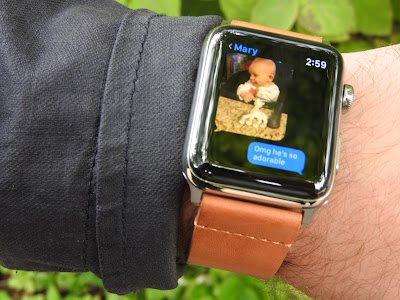 Additionally, I really like Apple's activity app with the phone. Mary doesn't experience this as a teacher, but sometimes I get on a roll at work and don't stand up for a few hours. (or even forget to eat lunch!) That can't be good in the long term. Thankfully, if I'm too sedentary for the first 45 minutes of any hour, the watch gives me a tap on the wrist (seriously, it feels like a tap, not a vibration -- I don't know how they do that), and basically says, "Stand up, dummy!" 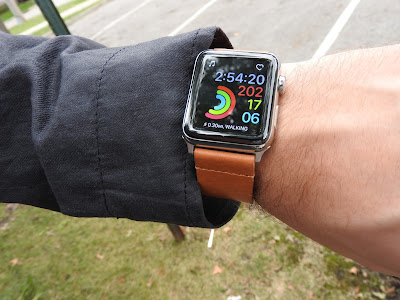 Reviewing the day's activity so far.

My watch came with the fancy, classy Milanese loop. It took a couple days to get used to the weight, but it is very comfortable and even more secure than anticipated. I also managed to snag a midnight blue Apple sport band on clearance at Best Buy (still on clearance if you're lucky!) to wear while running. 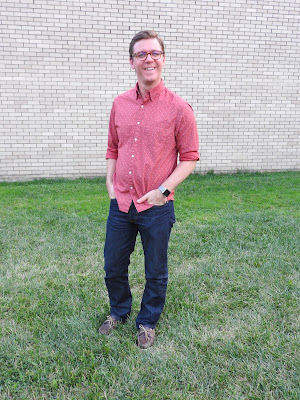 After perusing Reddit's Apple Watch subreddit (/r/AppleWatch) in order to learn some tips and tricks for the use of the watch, I had my eyes opened to the world of third party bands. I picked up the leather band from ClockworkSynergy.com for about 15% of the price of Apple's leather band. I can't speak to whether or not there's a difference in quality, but it does the job and matches my belt and shoes! 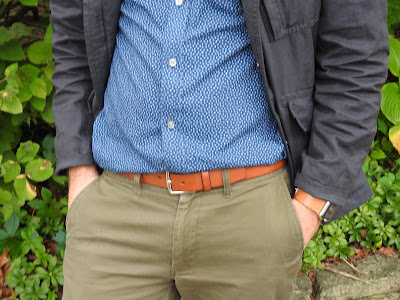 I also managed to grab a nylon NATO strap from the same site for a more casual band. They have so many more colors available in that style that won't break the bank. Even more third party bands at all price points are available on Etsy, and other top-quality leather bands are available from tech accessory companies like Pad & Quill (yet still cheaper than Apple's!). I told Mary that I'm cut off, because this could really become a problem!

That's about it for me this time. Mickey's telling me it's time to get going! Until next time. 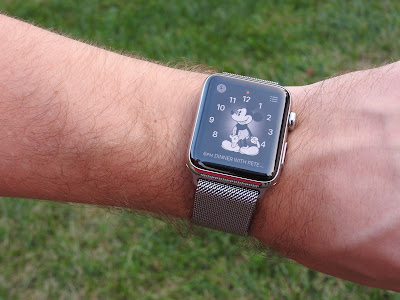 Mary hates it when I make Mickey talk. 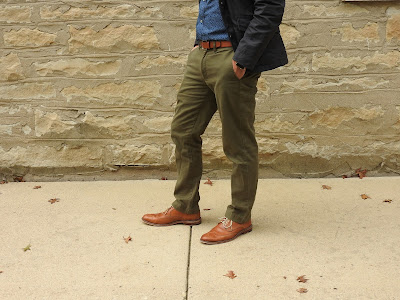 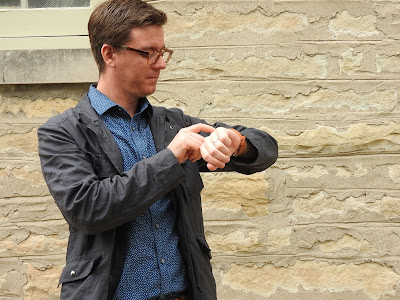 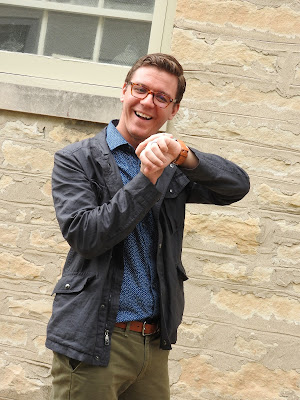 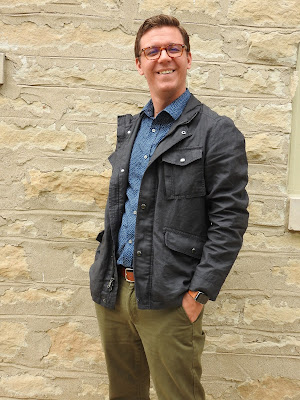 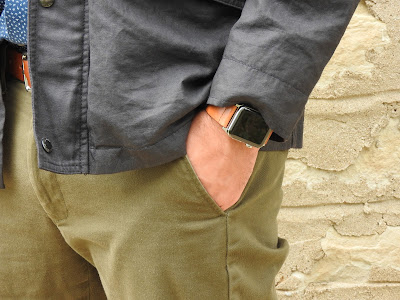 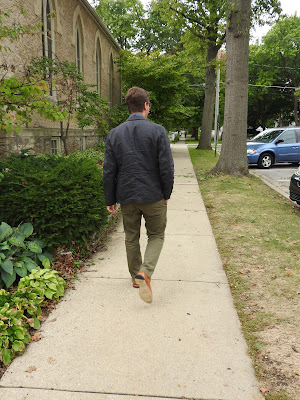 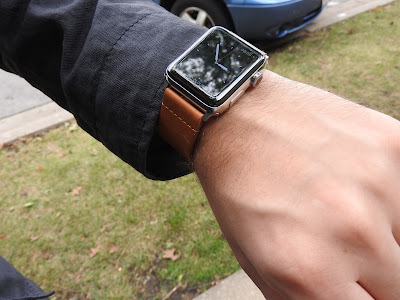 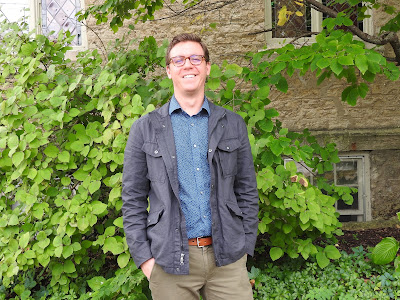 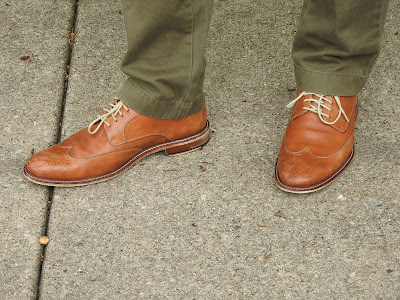 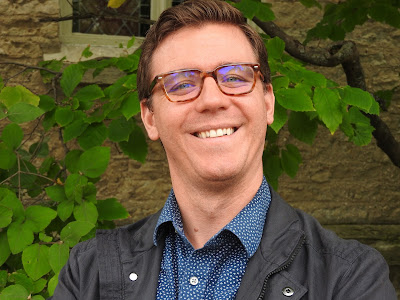 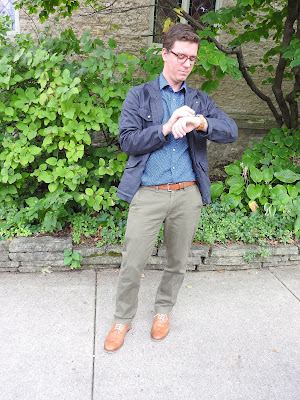 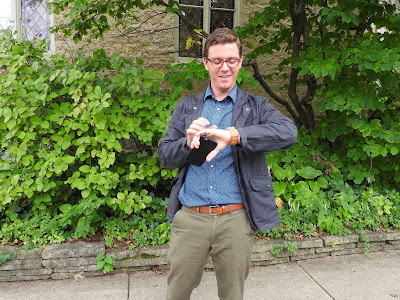 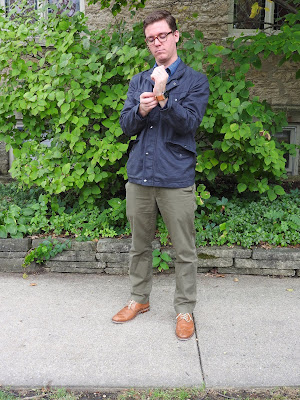 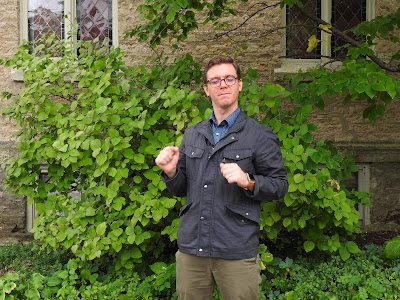 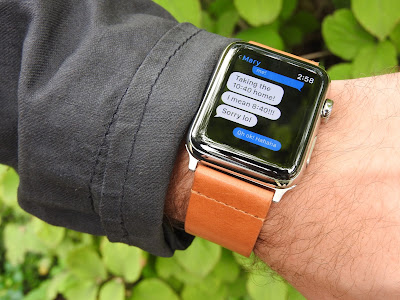 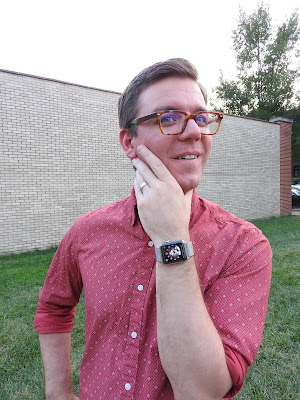